The Modern Language Association Job Information List has been published since 1965. As part of another project I am working on, I OCRed the complete archive from April 1965 to present. In this post today, I note first mentions of key words or disciplinary phrases related to rhetorical studies and technology.

The first mention of “rhetoric” was on page three of the first MLA JIL, April 1965 for the University of San Francisco:

The first mention of “rhetoric and composition” as an exact phrase was in October 1971 for Colorado State University, Fort Collins. 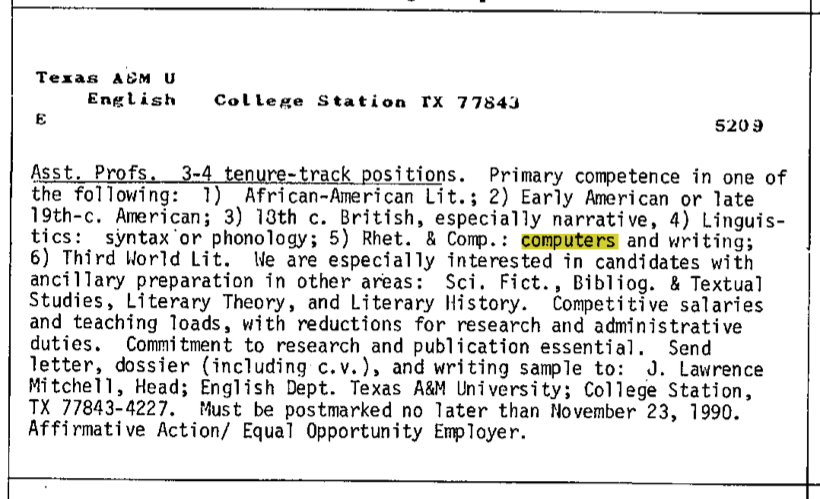 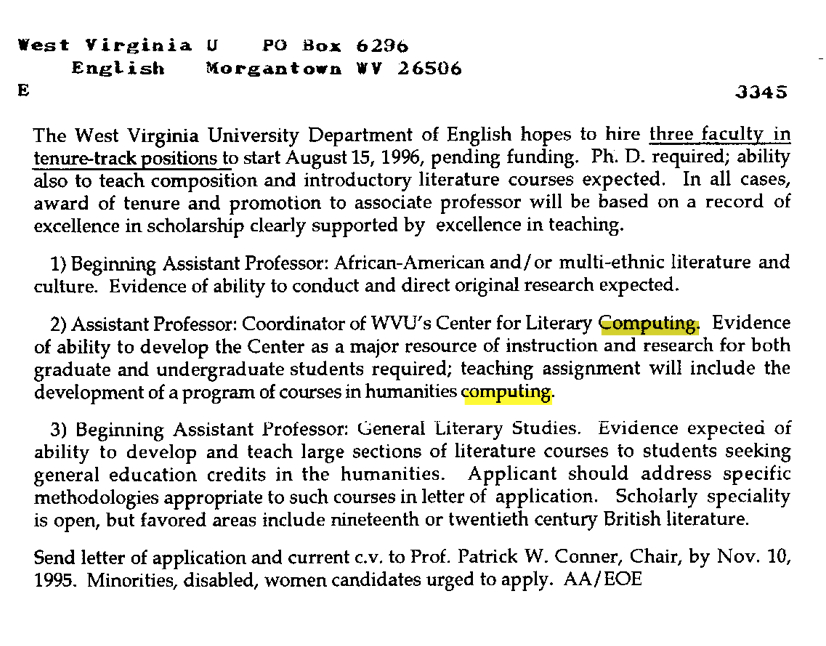 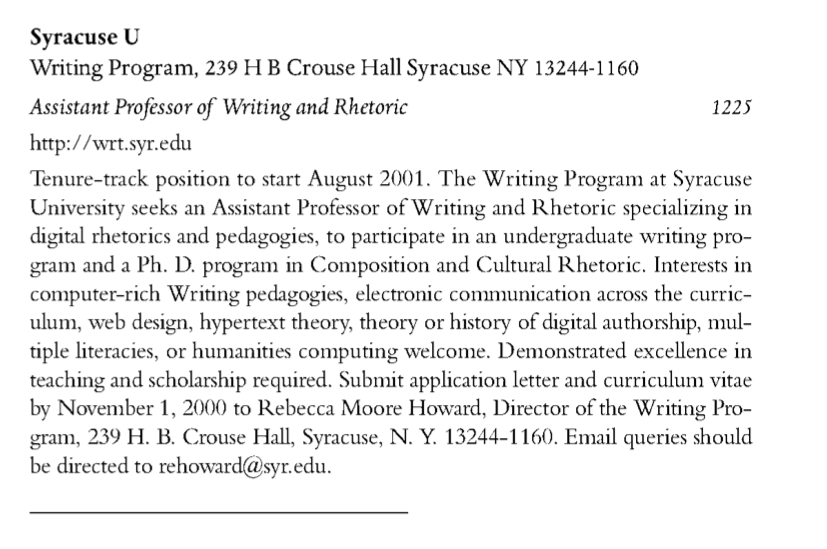 The first MLA JIL job advertisement for “digital humanities” was also October 2000 for University of California, Santa Barbara, page 12 of the JIL. 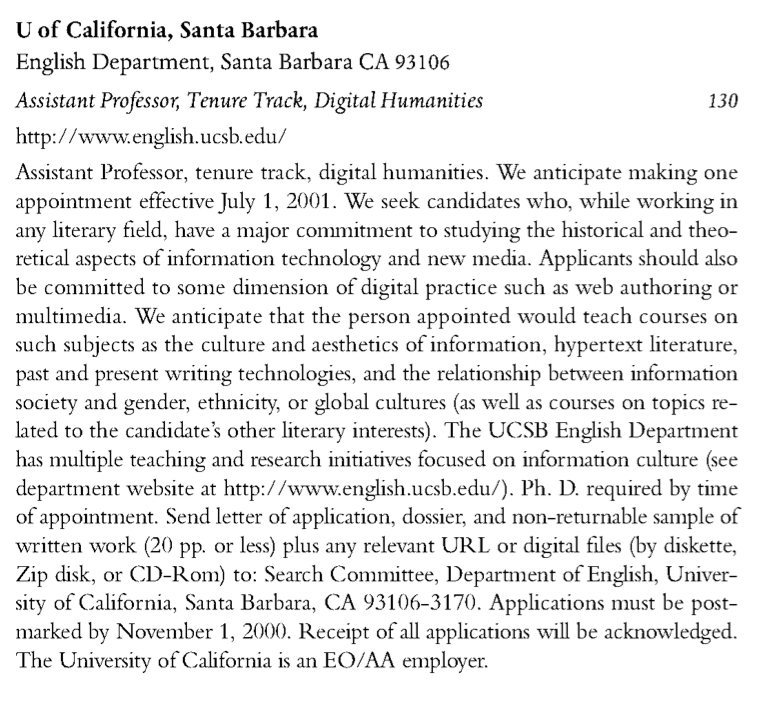 I’m an associate professor of Writing, Rhetoric, and Digital Studies at the University of Kentucky.